The Garden of Carmel

THE GARDEN OF CARMEL:
HARBOUR OF NEW BEGINNINGS 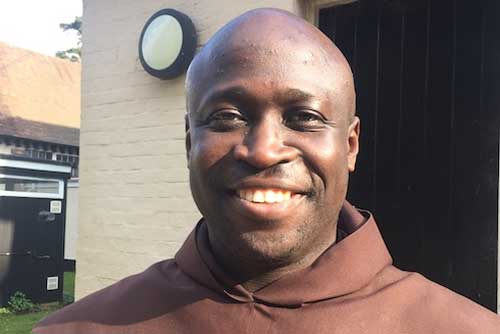 The author, a Carmelite friar and member of the Anglo-Irish Province is the Retreat Director at St John of the Cross Carmelite community, Boars Hill, Oxford. In this article, he highlights simply but effectively the core message of Carmel and shows how this message remains relevant for today’s world in search of answers to difficulties and suffering.

A fellow friar over a meal, recently said to me that his novice master was so austere that he made St John of the Cross look like a glutton. I laughed but thought to myself how much this distasteful depiction embodies a somewhat widespread notion that many have about Carmelite spirituality. How often we hear of many who begin to read St John of the Cross and close the book after a few pages. Even a widely read academic in spiritual theology expressed this sentiment when he said that Carmelite spirituality seemed to him an open-ended invitation to endure suffering. But hearing this only made me ask myself what informs this repelling view of Carmel, a view which finds its clearest expression in the words of a commentator who referred to Carmelites as ‘inherently suspicious of the world, rather than curious about it.’1

Without doubt such a perception of Carmelite Spirituality is owed to the language of asceticism which is replete in Carmelite literature: St Therese of Lisieux said ‘suffering is the very best gift He [God] gives to us… the greatest honour God can give to a soul is not to give it much and yet demand much from the soul’2; St Teresa of Avila says if you seek to carry no other crosses but those whose reason you understand, perfection is not for you (WP 13:5)3; St John of the Cross speaks of the world, the devil and the flesh as enemies of the soul, which for him are conquered by self-denial and suffering with Christ in all things – inward and outward.4 Quite understandably, the ascetic tone of these sayings hardly ever eases one’s perception of Carmel, but does the perceived difficulty capture the profound reality of Carmel’s spiritual tradition? The genuine face of Carmel does not permit us to respond in the affirmative. For the inner voice of the writings of Carmel’s saints reveal the secrets of the divine call to a love that refutes any narrative of unhealthy austerity that is dangerous to the spiritual life.

The issue here is a poverty of perspective that doesn’t see beyond the fixation on the ascetic language of Carmelite saints (exemplars of Carmelite spirituality). This fixation is misleading, because in it the mystical power of Carmelite doctrine gets lost in a basic misunderstanding of its fundamental orientation, namely the discovery of love, of receiving love and giving love in return. Such a discovery is only possible in the school of love rooted in the life of the Holy Trinity. The first principle of this school is this: ‘God is love’. Everything about the Carmelite doctrine builds on this principle, the principle of love that holds back nothing in its self-giving. This is the principle that identifies the crux of St John of the Cross’ ‘difficult’ message, and Fr Iain Matthew captures it with precision in saying: ‘The Father, Son and Spirit are each absolutely poor because they give themselves completely – so each is rich in the other’s generosity.’5 This is the ultimate lesson we learn from the divine school of love, and the incarnation was the extension of God’s self-pouring to include humanity, in order that humanity would be enriched and thus reciprocate the generosity it enjoys in complete self-giving back to God. Hence the words of Christ are apt which say, ‘Greater love has no one than this: to lay down one’s life for one’s friends’ (John 15:13). These words remain perpetually relevant to the Carmelite sense of approaching and dealing with difficulties.

Difficulties, self-denial and suffering in Carmelite thought always have the context of love against which they rest, and this does not translate into any meaningless resignation to hardships that disturb our aptitude for remaining humane. No, it is rather the other way round, such that regardless of whatever difficulties and pain we encounter in our efforts to live for God, they should never make us lose sight of love’s meaning as communicated to us in the example of the divine generosity. St Teresa of Avila emphasizes this teaching in saying, ‘it is love alone that gives worth to all things… love turns work into reSt’6 This implies that the tedious work involved in the pursuit of Christian perfection should never be diminished into a burden of empty asceticism, but rather should be elevated into a generous and total self-pouring that is peaceful, restful and fulfils our innate longing for God. Indeed, the call of love and grace that underpins Carmelite mystical doctrine requires a discipline that is at once humane and a way to enlightenment in the sense that we begin to see with clarity the meaning and value of our experiences – be they difficult or delightful. Discipline thus becomes understood in a new light as an instrument to loving. ‘Love’ says St Paul, ‘bears all things, hopes all things, endures all things’ (1 Corinthians 13: 7). Love bears all things not with resignation, but with hope, and it is hope that sustains the effort to overcome the difficulties encountered. Yet, hope in this case is fostered by the shifting of perspective regarding the significance of our self-discipline. We are always invited to see things anew, so that contrary to the view that Carmelite spirituality evokes a suspicion of the world, rather than suspicious, we are rather curious about the world, not in a regular way but through a contemplative attitude that allows one see the world from the vantage point – that perspective of being in the divine presence and seeing with eyes that God entrusts to the soul. ‘In the light of eternity,’ says St Elizabeth of the Trinity, ‘the soul sees things as they really are.’7 The soul sees the world in the new light that helps it approach the world with the delicateness of God’s love received.
Under this new light, everything that manifests displeasure or suffering in the practice of self-discipline towards being configured to Christ comes to be seen in the economy of the roadmap to freedom – freedom from whatever distorts our vision of God, and our vision of reality through God’s help. St Therese has a beautiful thought that relates to this: ‘Time is but a shadow, a dream; already God sees us in glory and takes joy in our eternal beatitude. How this thought helps my soul!, I understand then why he lets us suffer.’8 The sweat and toil of tilling the ground frees up the ground in hope for the growth of any seed planted, and so it is with our toiling to be fruitful for God. The fundamentals of Carmel radiate loving hope: from its root meaning as ‘garden’ – a fertile field (from the Hebrew Karmel),9 to its Biblical symbolism of beauty and fertility (cf. Isa 35:2; Song 7:5) This originality should inform what Carmelite spirituality embodies and communicates. A fertile field implies a place that fosters growth of vegetation and flowers of varied sorts. There is beauty and growth despite the varied difficult weather conditions that the garden is exposed to. Whatever hardships and pain encountered on this journey can therefore be seen for its instructive value, and as a beautiful caption reads, ‘the pain will leave once it has finished teaching you.